I volunteered with ACAY for a year in 2019 and since the beginning of July, this year am a member of the ACAY France team. It was a great joy for me to take part recently in the Aftercare youth teambuilding weekend. It was three days full of sports activities with good times of sharing, allowing us to strengthen the bond of trust between the youth and the ACAY team.

After an early morning departure from Marseille with Ilan* we headed for the city of Nimes to get Barack*. Then we left for the village of Remoulins for a mountain bike trek along the trails of the river Gardon. It was the opportunity for some of us, including me, to go mountain biking for the first time. The trail took us up and down, some of us fell off, others got lost and then found their way again, and finally, after three hours of hard pedaling, we arrived at our destination. But it was not over yet! We left the bikes and jumped into the kayaks to go back to the starting point paddling along the river. We didn’t have the same skill in that either! Laurent and Ilan went straight, Barack, and I zigzagged almost all the way! After an hour, Laurent and Ilan were waiting for us to change crew. Obviously, Laurent and Ilan managed to overturn our kayak before we got out: the opportunity for a good, refreshing swim …. Change of crew! Laurent and Barack’s kayak went straight, Ilan and mine were still zigzagging… Who was to blame? in the merchant navy, I had no problem holding my course on the seas, but I see it is way more difficult in a smaller boat. We went under the majestic Pont du Gard (Famous bridge in France) and after two solid hours of canoeing, we were back at the starting point.

Then we drive to Uchaux, a village near the city of Orange where friends of my parents had kindly accepted to let us camp in their park. After our arrival, we set up camp, two small tents while preparing the barbecue for the sausages and kebabs. That evening was the opportunity for many beautiful discussions between us, and an exchange of advice -the youth between themselves. The time came for sleep. For Ilan and Barack it was their first night in a tent. And, they are ready to do it again! Nothing better than the words of Ilan to share his experience:

“I discovered the simplicity of life, living in a tent with not much taught me that life is simple. It is the man who complicates it.”

The next day, we did a short trek in the “Dentelles de Montmirail” – a small chain of mountains in Provence. Along this walk, we could contemplate magnificent landscapes and continue our good discussions. It was satisfying for me to see Ilan giving advice to Barack, and to see how much respect Barack had for Ilan and his journey of reintegration. “I focused on Barack the whole weekend. I didn’t know him very well but was able to build a relationship with him as the hours went by. I could see that my coaching had an impact on him.”

Finally, back to Nîmes to take Barack home and then home to Marseille, with our minds full of good memories and for some of us, full of good resolutions! These times together enable the youth to make new life choices. For one of them, it was to get back into a daily rhythm – up early to go to the training sessions of the “Mission Locale”, the educator who helps the youth for their professional reintegration.

For the other, it was to getting back into sports and joining a football club. They know now that they will always be there to support each other. How good it is to see these youth pulling themselves and others up again. 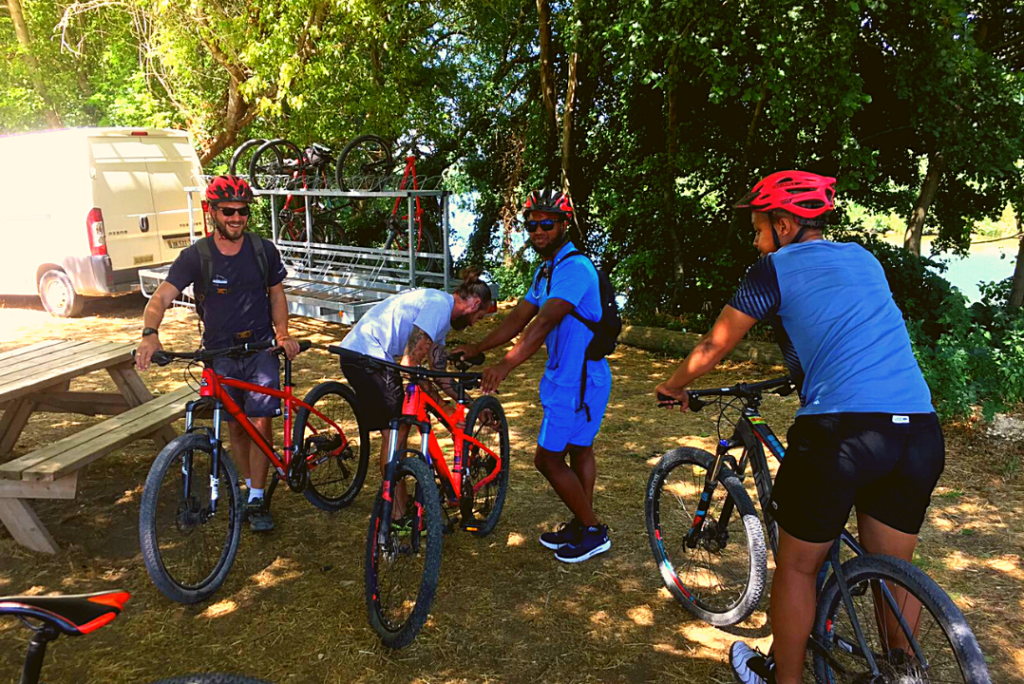