Since 1997, ACAY works to offer a second chance to youth at risk aged 15 to 23 years old through innovative pedagogical methods. These are designed to restore the dignity of each youth and help them find meaning to their lives.

ACAY offers holistic and innovative approaches of restoration wherein youth and families in difficult circumstances will re-discover the dignity and meaning of life and take lead in becoming agents of change. 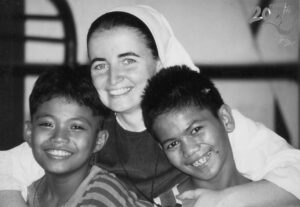 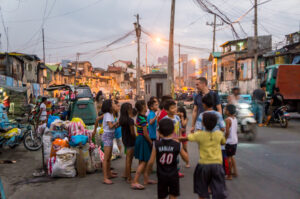 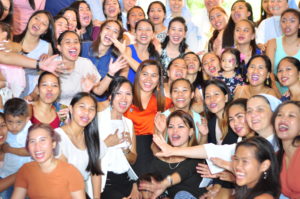 2000 | Foundation of the School of Life Program 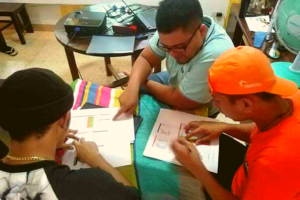 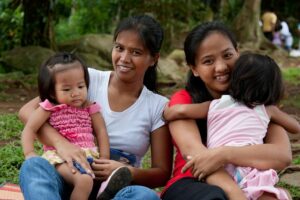 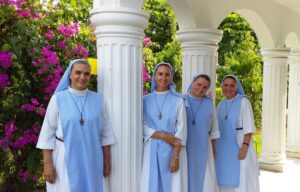 2007 – Foundation of Missionaries of Mary in Balanga, Bataan 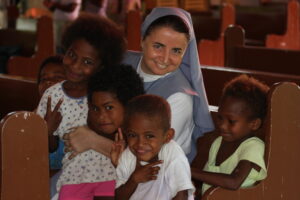 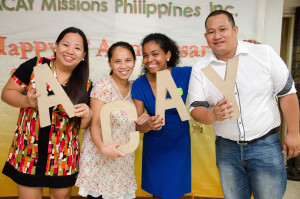 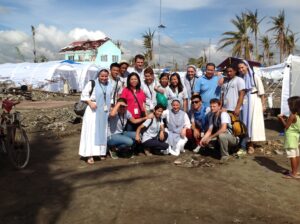 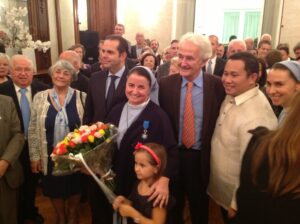 2013 | Sr. Sophie was awarded as Knight in the National Order of Merit 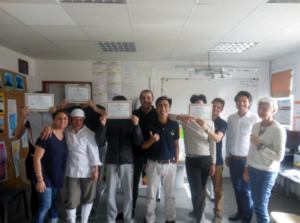 2017 | Sr. Sophie received the Knight of the French Legion of Honor award 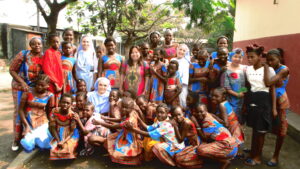 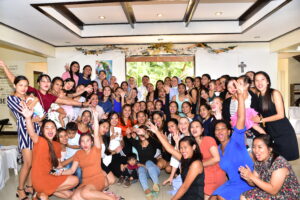 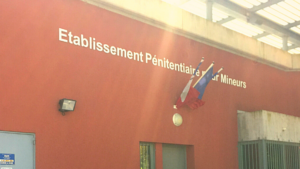 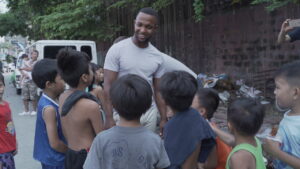 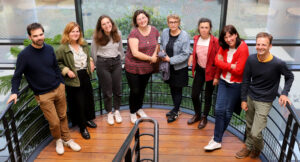 World Youth Day in Manila, the Philippines when Sr. Sophie of Jesus received her call to start a mission for children in difficulty.

A small team of 3 sisters and 2 volunteers settles in Manila. They discover the reality of street life where children and youth are exposed to drugs, alcohol, exploitation, and all kinds of violence. The majority of NGO’s are interested only in children and very few are willing to help young people above 14 years old. Sr. Sophie then decided to take care of the youth at risk.

2000 | Foundation of the School of Life Program

The School of Life Program offers girls aged 16 to 21 years old who have experienced different abuse and trauma, a familial and therapeutic environment that enables them to rebuild their dignity, their self-esteem and empowers them to rediscover the meaning of their lives becoming young professionals in the world.

The Second Chance Program (SCP) is a community-based program catering to Children in Conflict with the Law (CICL) and Children-at-Risk (CAR) with an aim to lessen recidivism. Since 2009, 90% of the youth coached under the Aftercare subprogram did not go back to jail.

The Family Program integrates the parents of ACAY beneficiaries into the process of reconstructing the lives of their children by way of formation and enabling the parents to process their past.

2007 – Foundation of Missionaries of Mary in Balanga, Bataan

ACAY partnered with the Missionaries of the Heart of Jesus to reach out to the Aeta community in Bangkal. The aim was a sharing of cultures between the ACAY youth and the ethnic people enabling each one to know that they had a lot to contribute to be able to bring happiness, acceptance, and restored dignity to others.

ACAY Missions Philippines programs were accredited by the Department of Social Welfare and Development (DSWD) of the Philippines.

Following the traumatic experience of the super typhoon Yolanda (Haiyan), ACAY partnered with the DSWD to offer Psychological 1st Aid to the victims in Leyte. As we reached the outskirts of Tacloban we were led to Barangay of Santa Cruz in Tanauan Leyte where we adopted the whole barangay with a program of Recovery and Sustainability

2013 | Sr. Sophie was awarded as Knight in the National Order of Merit

Sr Sophie de Jésus Founder of ACAY Missions has received a Knight in the National Order of Merit award from the French government for her educative work for the Filipino youth.

ACAY France began in Marseille to bring back from the Philippines the expertise and experience of helping the youth at risk in France.

2017 | Sr. Sophie received the Knight of the French Legion of Honor award

Sister Sophie of Jesus ACAY Missions Philippines founder has been awarded as Knight of the French Legion of Honor by the French government.

One of our partners,  AMADE asked us if we would be willing to coach one of their partners in Africa, in Congo. A small team of sisters and staff of the School of Life program went to share the educative strategies and pedagogical approaches with an NGO taking care of young girls accused as “witches” in the African context.

This year was a significant year for School of Life as it celebrated it’s 20th anniversary.

The event was a chance to reflect on the ACAY identity and to come together to celebrate the success and contribution of the School of Life in shaping the lives of the youth and enabling them to become an agent of change.

Sr. Sophie Renoux, ACAY Founder and Executive Director, was awarded the French Order of Merit and the Légion d’Honneur medals.

ACAY is Certified by the Philippine Council of NGOs (PCNC). PCNC certification is a seal of good governance, management, and accountability for NGOs

ACAY is registered with the Philippine Securities and Exchange Commission (SEC),