In the Philippines, the health crisis has had a huge impact on the population, making it impossible to go to work or to buy provisions. Lack of work means lack of income. The poorest are the most affected by this dramatic situation. And no unemployment benefit in the Philippines comes to the relief of its population. Arlene, wife of Raymart, both former youths from the ACAY programs told us: “My husband can no longer go to work because of the onset of quarantine. We have only one option: to stay at home which means we will live off our savings.”

ACAY teams involved in dealing with the situation

While the entire Manila region came to a halt because of the virus, ACAY employees maintained their activities with young people. Some staff worked from home, while others stayed with the twenty girls from the School of Life to ensure a presence. No one was allowed in or out of the School of Life, except for two people designated to do shopping. Sr. Sophie chose to confine herself to be with the girls. The other sisters, except for Sister Rachel who cannot return from New Zealand, have obtained permits to join them and be present every day at the School of Life: to handle changes and absences, to keep up the morale of the young people, to avoid an anxiety-provoking atmosphere… These were the main concerns of the ACAY teams. During this time that there is no school, training activities are given and maximized for the youth of School of Life program. One of our staff says,

“During one of the training I was facilitating, we were all laughing and having fun together and I suddenly realized just then that this spontaneous joy had freed me from my worries for my family linked to Covid. I was finally able to endure this lock-down because the girls were with me, they needed me, and I chose to be with them.”

The teams in our Second Chance Program have kept in touch with the young people in prison by mail, telephone or through social networks.

In France, many young people accompanied by ACAY at the Penitentiary Establishment for Minors in Marseille were released. Our team worked from home and continued to accompany the young people. The interventions in detention were of course suspended, as well as the family visits. This period was a difficult time for the minors, who felt isolated, and for their families, who were worried about not being able to visit their children. In order to reinforce this sense of connection, we sent regular letters to the young people we accompany in the different penitentiary establishments in the Southern Region so that there is continuity in the follow-up. Contact was also maintained with the families.

Solidarity Run or Walk for Youth and Families of ACAY

In France, in the Philippines and around the world, more than 60 people took part in the challenge, between Friday 1st and Sunday 3rd of May.

Quarantine has enabled us to be more supportive to one-another. The ACAY teams joined forces to launch a challenge to all the members and supporters of ACAY. The run or walk in solidarity was an opportunity for all to give meaning to this quarantine! The goal was to run or walk, at home or in the backyard, and to complete a maximum number of kilometres in order to raise funds. A launch video was produced, thanks to the participation of former volunteers and members of the ACAY teams in the Philippines and France.

More than 192 people (families and former beneficiaries of ACAY) were able to benefit from this aid in two forms: food baskets or financial support. After receiving the money transfer, Jessica thanked ACAY but also all the donors:

“We received financial help to buy food, milk and diapers for my daughter. I was able to smile again, and we were finally able to eat three times a day. Many thanks again to ACAY and to all the people who thought of us”.

The funds raised from this initiative also covered the food costs of the School of Life for a period of three months. Priority was given to the purchase of fresh products. 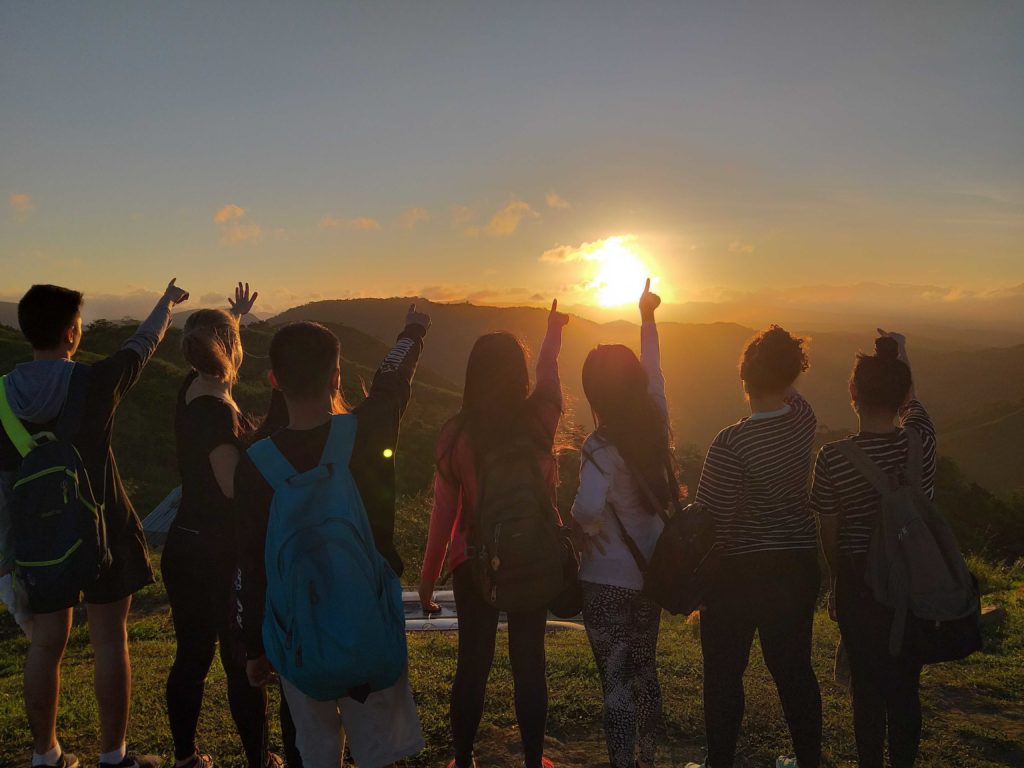